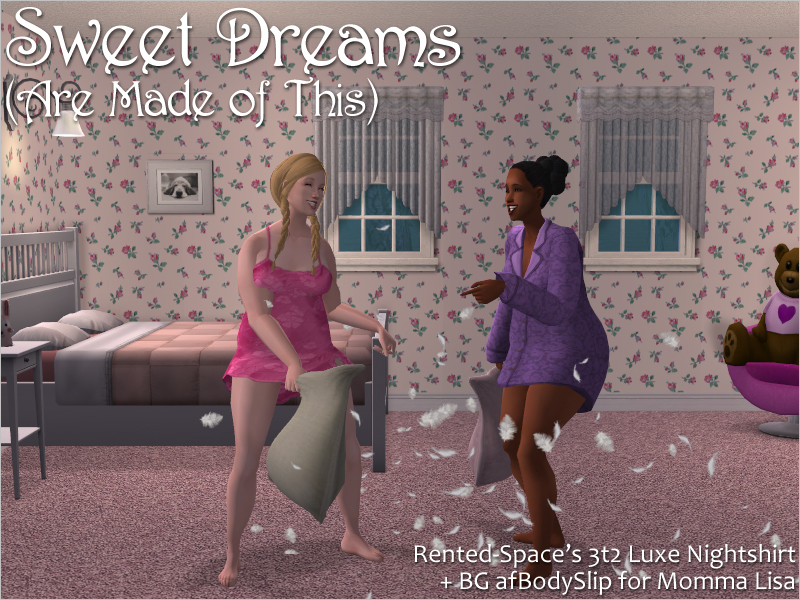 No, I don’t usually convert things for Momma Lisa, but this sort of just happened. 🙂

Backstory: I’ve actually been playing the game lately, not just making things for it, and I felt my (modern, MM) ‘hood was in dire need of some nice Momma Lisas because enough with the Maxis stick figures already. So I went to Moni Lisa Sims and downloaded just about everything. (If you play with bodyshapes and haven’t visited her Tumblr already, you need to do so right now – she’s got lots of great clothing for Momma Lisa, and also some for Melodie9’s Fat Male.) But then, when I was in Bodyshop to play with all my pretty new ML clothes, I came across this 3t2 nightshirt by Rented-Space, that I’d thought would look great on the Momma Lisa bodyshape… so I converted it. Then I thought I’d really like the Maxis BG slip for ML as well, only I was too lazy to go searching for it (even though I’m sure someone must have converted it already)… so I converted that one, too, and made some recols as well since I’d picked up steam.

So I give you Rented-Space’s 3t2 Luxe Nighty Nightshirt and the BG afBodySlip converted for Momma Lisa. Right now, they’re both for YAEF (though I might convert them for teens later).

Rented-Space’s nightshirt comes in the original 16 colours, 8 plain and 8 patterned, categorised as sleepwear only. Has fat and preg morphs. 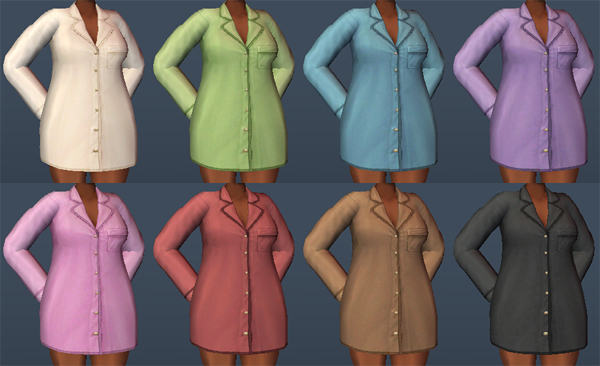 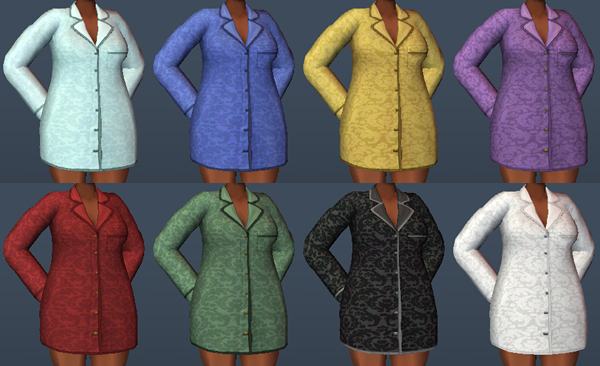 The mesh has two variations: Maxis blockfeet or Digi’s Marvine feet (no, I won’t be doing Sexy Feet): 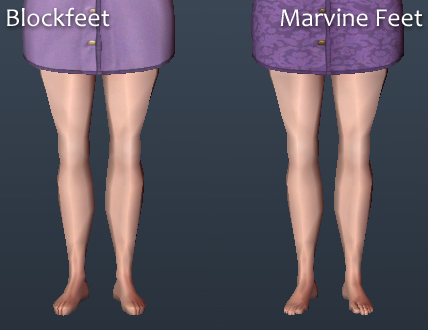 Both meshes are included in the .zip files but you have to choose one of them – you can’t have both in your game at the same time. (Well, you can, nothing bad will happen if you do, only then you’ll get the Marvine feet in game whether you like it or not since that file will load last and the file that loads last, wins.)

The nightshirts also have two variations, either tooltipped or BSOK’d – here, too, choose one.

The BG slip (afBodySlip) comes in its original in-game colours, six from the basegame and three from UNI. They are texture-referenced to the Maxis ones, to keep down the file size (which means you need to have UNI installed for the UNI ones to display properly. Again, they are categorised as sleepwear only and has all morphs.

And just to feel like I’ve actually contributed and didn’t just let others do all the work for me, 😛 I made recols in Aelia‘s 18 retro colours: 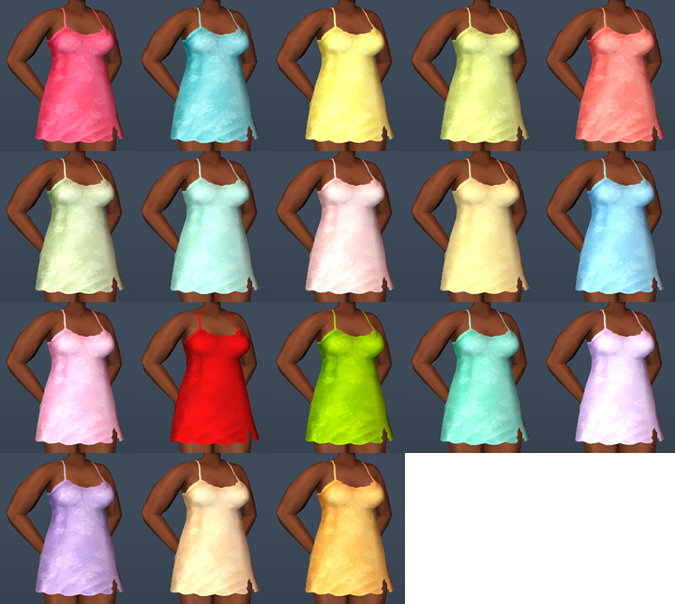 Two mesh variations for this one, too. Like before, both are included in the .zip files, but you’ll still have to choose one: 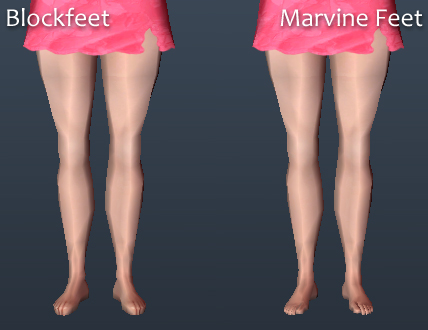 Again, you can have the slips be tooltipped or BSOK’d – and again, choose one.