A simple blacksmith, lowly born, unlettered and unknown, who toils for bread from early morn till half the night has flown…

So, the hunky blacksmith model (named Hunk Smith, because I’m witty like that 😛 ) I used for the blacksmith’s anvil I uploaded recently turned out to be quite the popular fellow. I hadn’t planned on uploading him originally, but several people have requested him. Far be it from me to deprive anyone’s game of a good smith (that is why people want him, right? Right?) – so here he is for download.

He is packaged as follows: 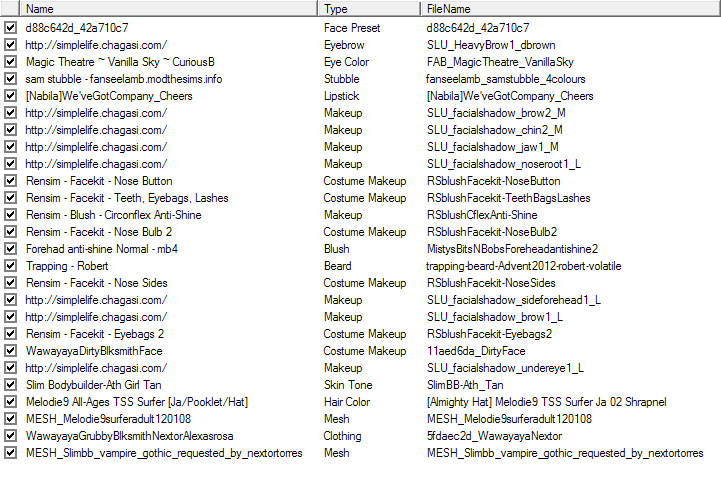 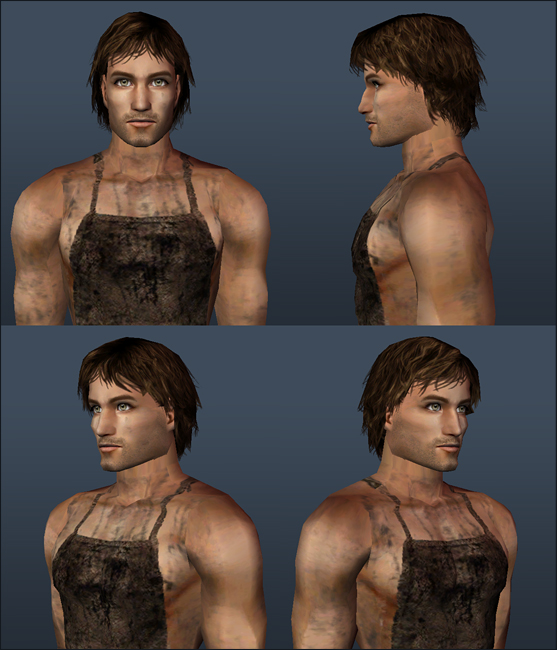 The grime is part of the outfit, but if you want Hunk to be properly sooty even when he’s doffed his apron, I warmly recommend FracturedMoonlight’s A Hard Day’s Filth overlay box. It’s great for other Sims who shouldn’t be looking too tidy as well!

Hunk comes with a version of Louis’s #7 tan skintone that is linked to Marvine’s Slim Bodybuilder, so if you have her meshes in game, Hunk will retain his hunkiness when he’s in his birth suit. 😀 (The meshes don’t seem to have packaged, at least not by the Clean Installer preview, so they can be downloaded here if you don’t have them already.)

Yes, this picture is absolutely necessary. It is not a gratuitous picture of a steamy blacksmith in the nude, not at all. Absolutely not .
. . . what do you mean, “doth protest too much?”

5 thoughts on “Hunk Smith the Sim”