Technically, I’m still on hiatus (even though the end is in sight), but you know how it is. Sometimes you just wanna make a lamp.

I saw a lamp similar to this on a TV show I’m watching, and thought it looked like something my Sims would want. I call it the Pear Lamp, because… well, it’s shaped like a pear. (I know, I come up with some really imaginative names. 😛 ) You get it in the LACK colours, and also in two of my other favourite palettes: Poppet’s Lonesome and Shastakiss’ Yeti palette.

But first, have a size comparison picture:

Note that the Pear Lamp alone doesn’t give off this much light; there’s a floor lamp in the room as well,
lest you’d barely been able to the Yelena’s face (since she, you know, has a lamp hanging directly above her). 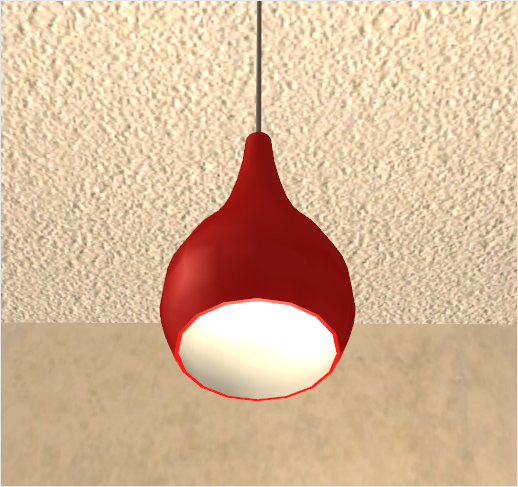 Which inevitably leads us to what you’ve all been waiting for (or not): the recols! 😀

First, we have the seven LACK colours. The red one is the mesh, BTW, so you’re stuck with that one even if you decide not to keep the LACK recols. (But why would you do that??) 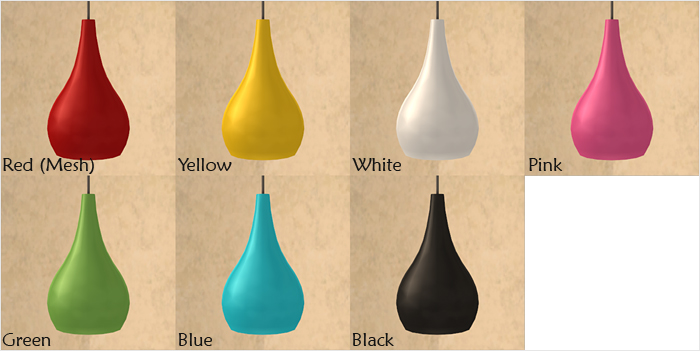 Next are Poppet’s 25 Lonesome colours: 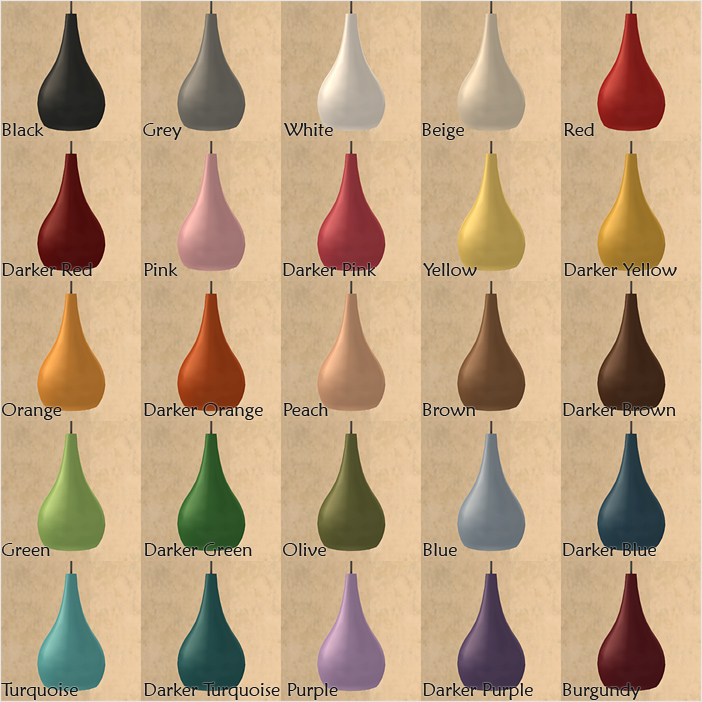 And finally, since Winter Is Coming in these parts, Shasta’s Yeti colours: 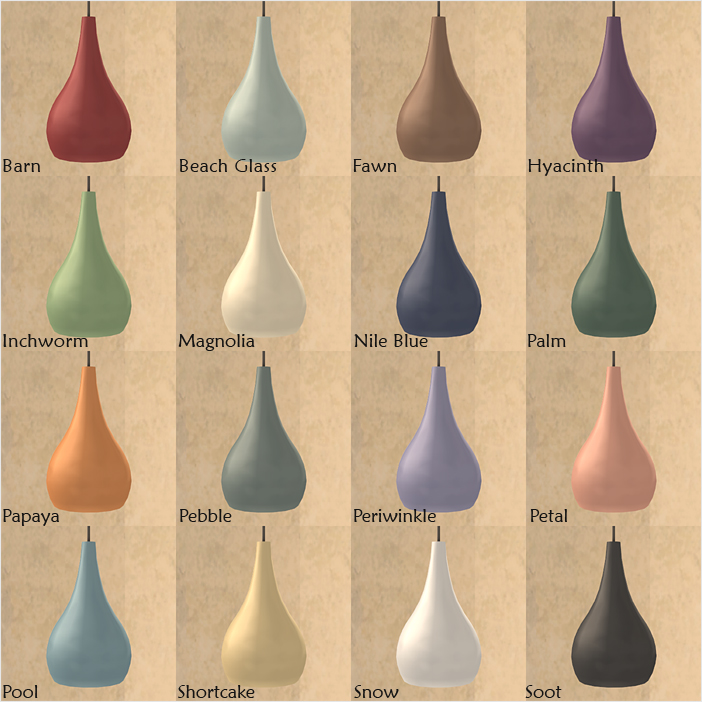 In the zip file, the recols are in subfolders, so if there’s a set that you for some reason don’t want, you can just delete that folder.