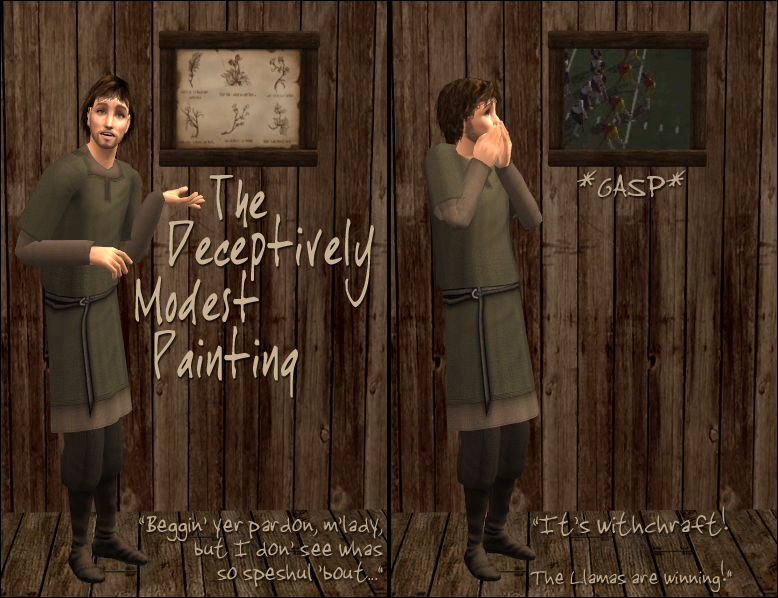 EPs Required: None – base game compatible (but can be shifted if you have AL and also moved with the M&G quartertile cheat)

I admit it: My medieval-ish Westeros ‘hood isn’t quite as medieval as it could be. My Sims have lots of cleverly disguised but no less horribly anachronistic appliances, such as phones, stereos, computers – and TVs.

Personally, I prefer wall TVs for my Sims (even though I know there are different kinds of table TVs out there as well). Now, I’ve seen some two-tile wall TVs disguised as big, ornate paintings, and they’re great – for lords, ladies and knights anointed. But what about the smallfolk? The peasants and the common labourers, who don’t have all the gold of Casterly Rock at their disposal – what are they supposed to watch?

Why, this little one-tile wall TV disguised as a painting, of course! 😀

When turned off, this painting TV looks suspiciously like the herbal chart from The Sims Medieval, because… well, because it is the herbal chart from TSM. 😛 But when your Sims turn it on, be it to watch it or to exercise or to play video games (video games?!), the painting disappears and is replaced by little moving people, just like in those magical television boxes modern Sims have. It’s witchcraft, I tell you! Witchcraft!

While your Sims only get one painting to choose from, the frame comes with no less than nineteen recols, in Pooklet’s naturals:

But wait, there’s more! Even though they’re doing something as anachronistic as watching TV, your medieval Sims can’t very well use a modern, plastic remote with little flashing lights, now can they? Of course not. So, I’ve made two default replacement remotes, one that looks like a twig and one that’s invisible; 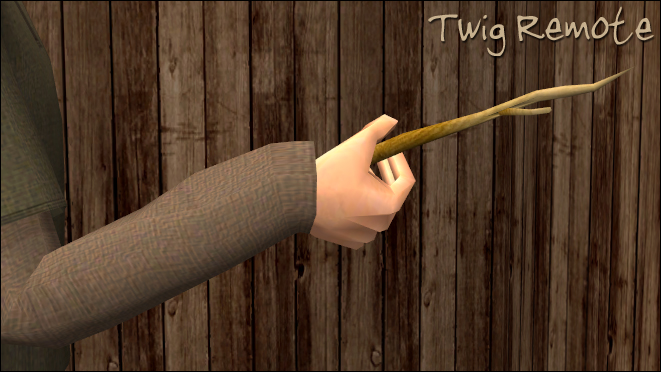 As with all default replacements, to quote “Highlander” by way of Almighty Hat, there can be only one, so you’ll have to choose which remote you want to use. If you have more than one default replacement remote, then the one that loads last is the one you’ll see in game.

ETA: I forgot to say that these remotes replace all remotes in game – or rather, they replace the remotes for all items that use the same remote as the TV. Not that this is a bad thing IMO; if you don’t want a plastic remote with flashing lights for your Sim’s TV, then why would you want it for their stereo or servo?